The Benson Ford Shiphouse was a cargo ship built in 1924 for use by the Ford Motor Company. The Benson Ford (I) was originally utilized to transport iron ore and related materials across the Great Lakes by the growing auto company. Measuring 612’ X 62’ with a molded depth of 32’ and a carrying capacity of 15,000 net tons at mid-summer draft, the ship was built by Great Lakes Engineering, Ecorse, Mich., and was launched April 26, 1924.

Both freighters were named after Henry Ford’s grandsons and the Henry Ford II was officially launched by the youngsters through electrical remote control in Detroit. Clearly the most modern ships on the Great Lakes, the twin ships were the cornerstone of the Ford Motor Company’s lake transportation system.

The maiden voyage of the Benson Ford began on August 2nd with a coal load from Toledo, Ohio, being transported to Duluth, Minn., and returning to the Ford Rouge plant in Dearborn, Mich., with iron ore.

Although the pride of the Ford fleet, the Benson Ford seemingly was not flawless. On June 12, 1959, the ship ran aground in the Amherstburg Channel, near the Canadian mainland, and then a second time on August 16, 1959, in the St. Mary’s River between Michigan and Canada.

After more than 50 years of tireless service, the Benson Ford was decommissioned in December of 1981 and renamed the John Dykstra II so the original name could be released to another ship in the Ford fleet.

Stripped of the engine and other salvageable parts, the Dykstra was sold to Frank J. Sullivan of Sullivan Marine in Cleveland, Ohio, for intended use as a barge; however, it never sailed again. On December 21, 1984, Sullivan had the ship towed to the Ontario Stone No. 4 dock on the Cuyahoga River where it sat for almost two years while the new owners pondered what to do with the ship.

After much consideration, Sullivan decided it would not be cost-effective to utilize the ship on the Great Lakes and opted for a less conventional use. On July 3, 1986, the entire forward superstructure of the Dykstra, including the forecastle deck, was removed and transported by the barge Thor 101 to South Bass Island, also called Put-in-Bay. The 62’ X 59’ foot section would be initially used as a 7,000 square foot, four-story, summer home for the Sullivans. The home would include the walnut paneled staterooms, dining room, galley, and passenger lounge designed by Henry Ford for his own pleasure while traversing the Great Lakes on business.

In 1992, Sullivan petitioned the Put-in-Bay Township Zoning Board for a conditional use permit to allow for the operation of a bed and breakfast at the shiphouse. After a lengthy legal battle, it was determined that the shiphouse could not be utilized for this purpose and Sullivan began seeking a buyer for the property.

On Sept. 21, 1999, working with the Dutton Auction & Realty Company, Navarre, Ohio, Sullivan held an “open outcry real estate auction” which generated more than 128 inquiries from ten states and Canada, and 58 inspections. When the bidding concluded, Jerry and Bryan Kasper of Kasper Auto Group, Sandusky, Ohio, became the new owners of the Put-in-Bay shiphouse.

The father and son duo quickly renamed the ship the Benson Ford and have utilized the unique structure for personal use as a vacation home ever since. With recent renovations to the first floor, the structure includes a garage and massive family room, five bedrooms, five full baths, a dining room, living room, reading room, galley, and, of course, the pilothouse which offers spectacular views of Lake Erie and the setting sun off the western shores of Put-in-Bay. The lake house now sits at its final resting place on the Lake Erie Islands as a beautiful houseboat getaway.

The Benson Ford remains one of the most memorable, unique homes and awe-inspiring sights on Lake Erie. 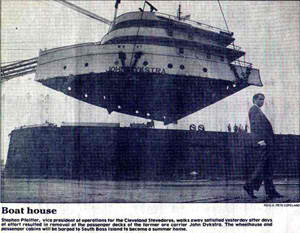 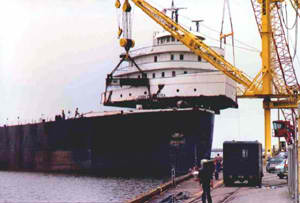 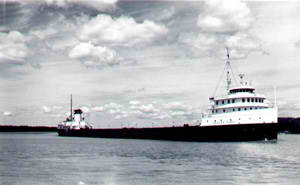 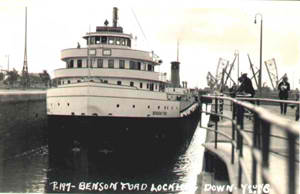 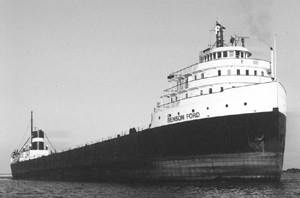 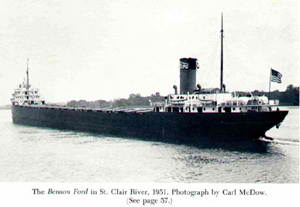