See the inside of the Benson Ford right in your web browser via our VIRTUAL TOUR!

The Benson Ford offers visitors the majestic atmosphere of an old-world shipping vessel with the convenience of modern amenities. Original black walnut wood and brass fittings place this luxurious vacation home into a category all its own.

Towering over the rocky cliffs of the island and jutting out into the lake, it’s a marvel to be viewed. The Benson Ford Shiphouse has been featured on MTV Extreme Cribs, Home & Garden TV’s Extreme Homes, the Travel Channel, The British Daily Mirror, Ohio Magazine, The National Enquirer, and in countless local publications. A Put-in-Bay landmark, the shiphouse alone makes a trip to the Lake Erie islands worthwhile.” 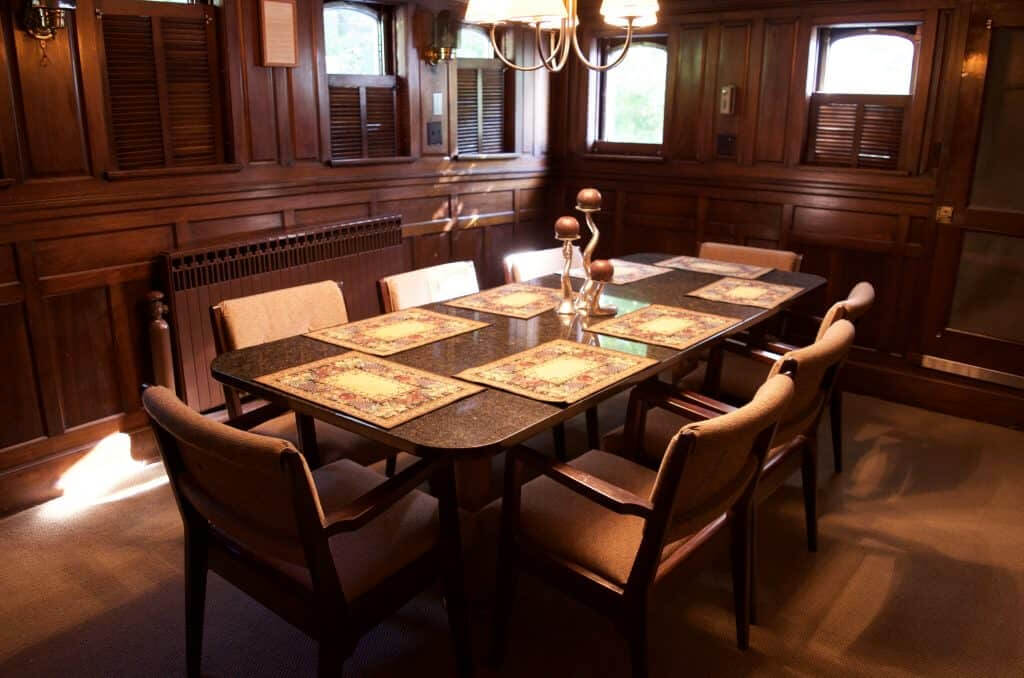 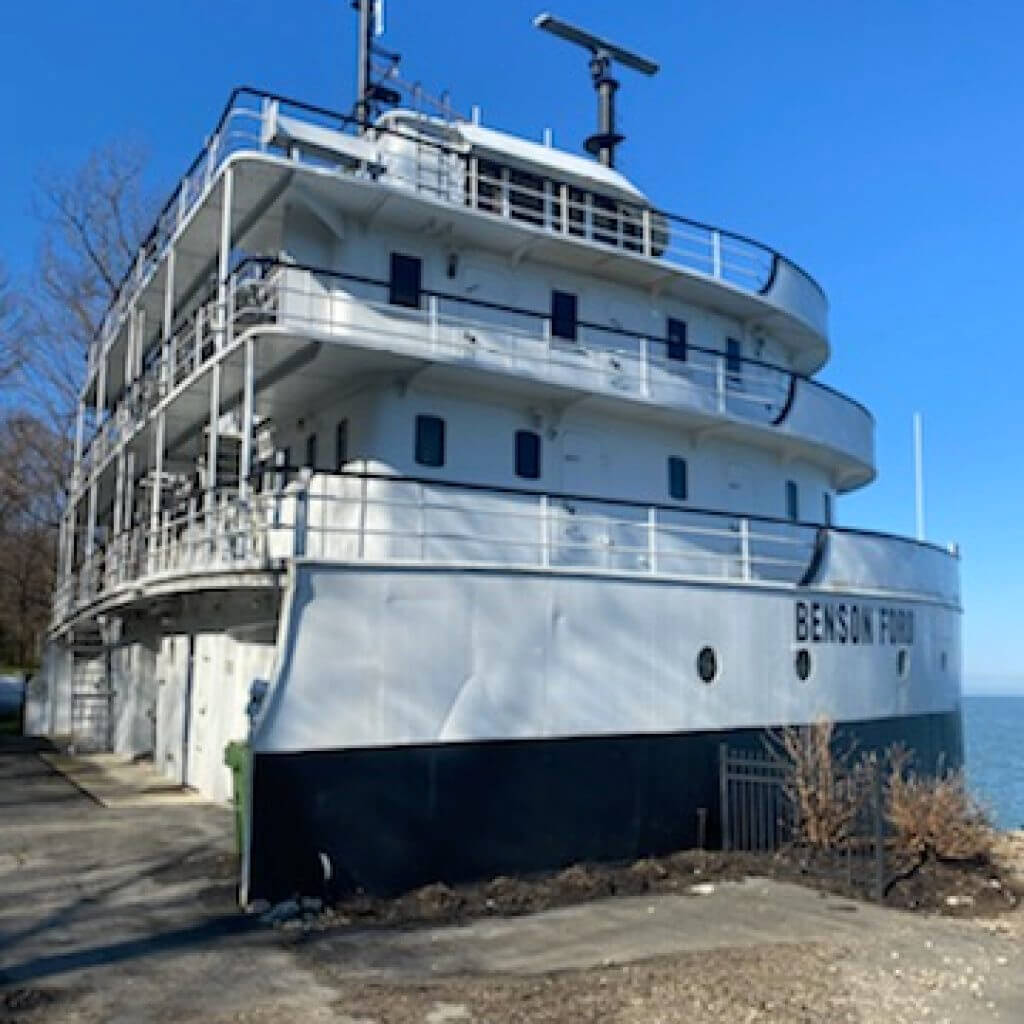 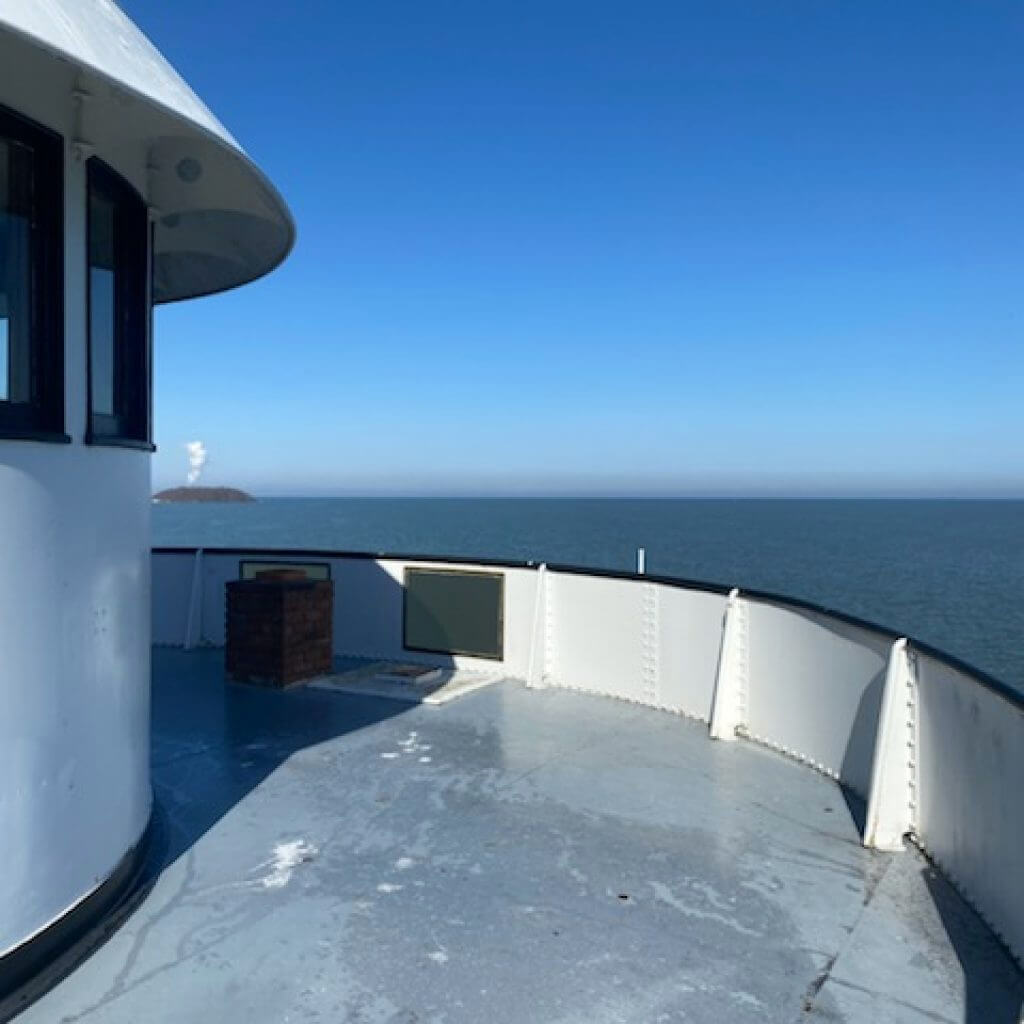 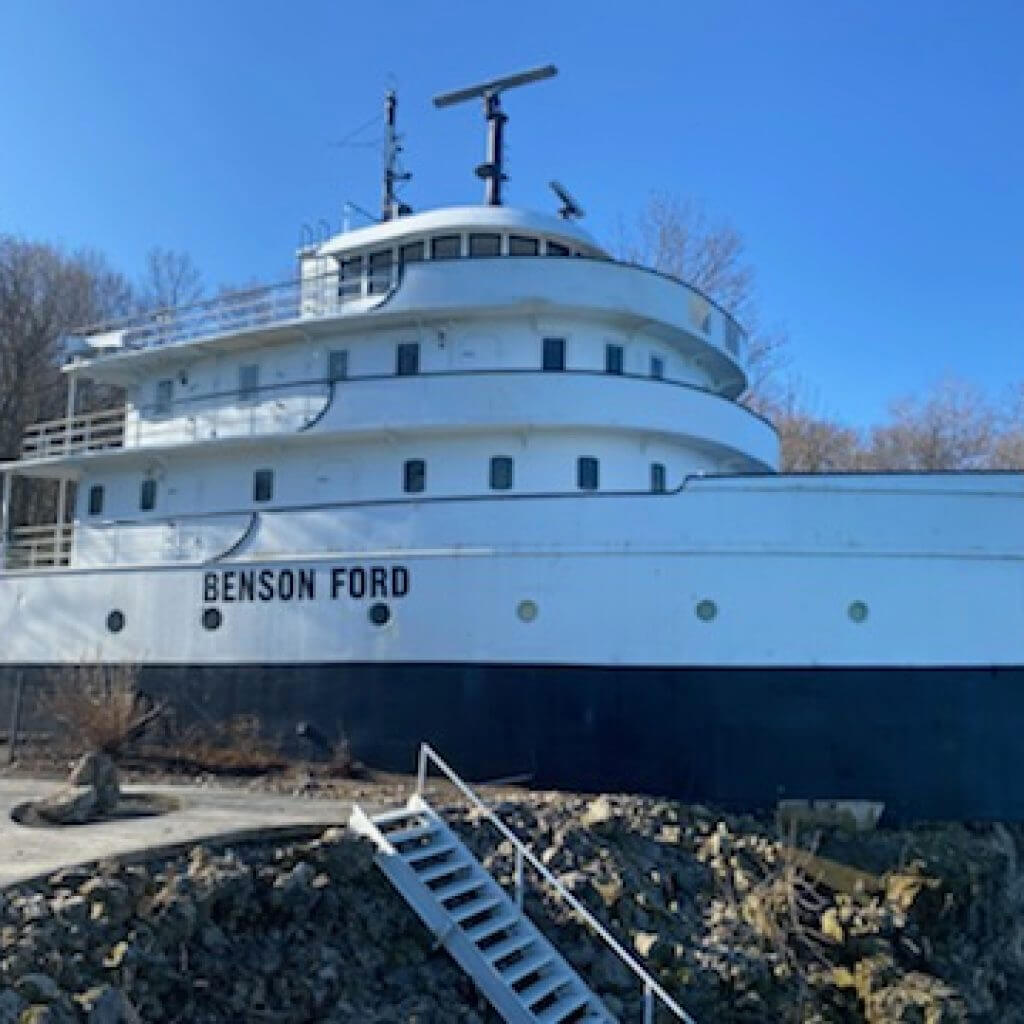 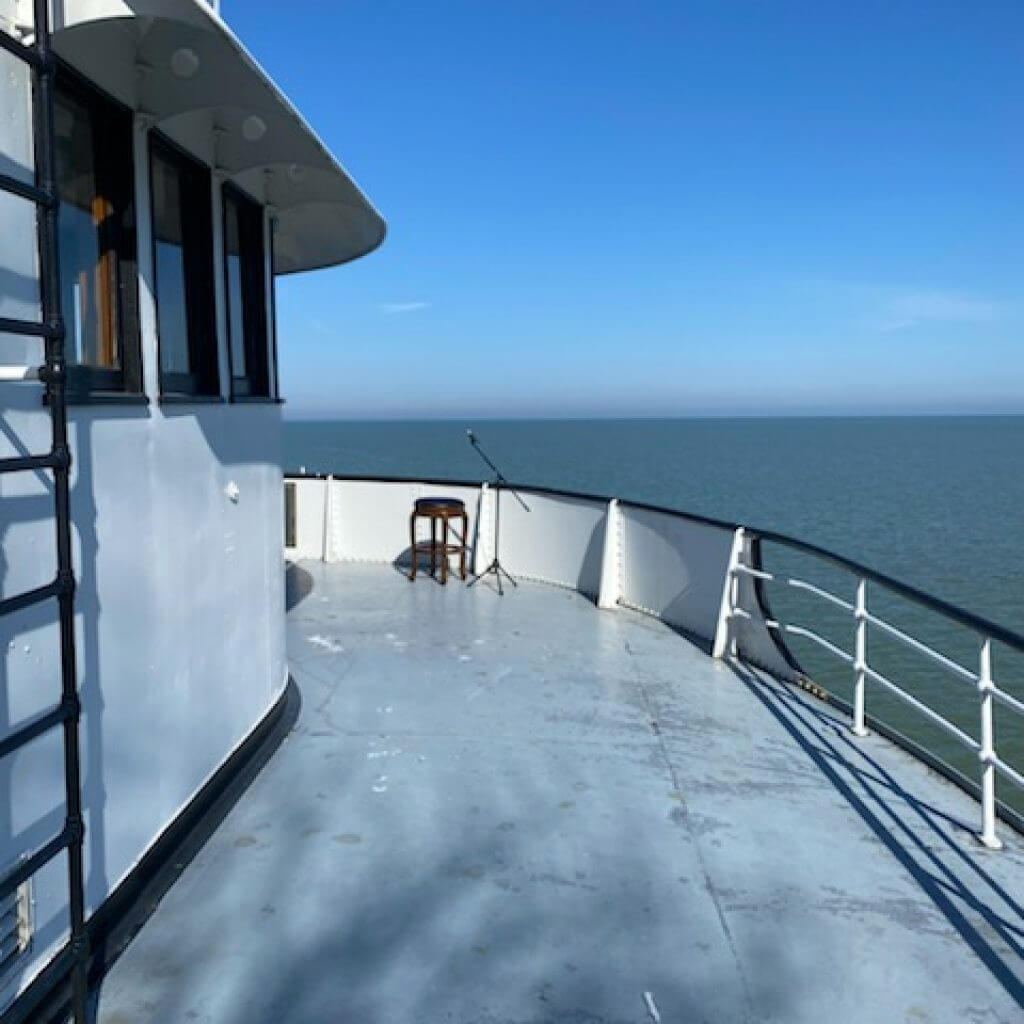 The Benson Ford Shiphouse sits upon a cliff at Put-in-Bay island in Ohio overlooking the beautiful waters of Lake Erie and the Lake Erie Islands. This unique home was once the forecastle of a cargo ship created for the Ford Motor Company in 1924. The ship was named after Henry Ford’s grandson and some rooms of the ship were personally designed by Henry Ford himself for his own use. The Ship spent over 50 years of service hauling iron ore, logs, and coal around the Great Lakes.

After being decommissioned in December of 1981, the ship was renamed The John Dykstra II so that the original name could go to another ship in the Ford ship fleet. The ship was then stripped of the engine and all salvageable parts before being sold to Frank J. Sullivan. Sullivan then had the ship towed to a dock on the Cuyahoga River where it sat untouched for nearly two years.

On July 18, 1986, Sullivan decided to have the forecastle of the John Dykstra II removed and transported by barge to South Bass Island, A.K.A Put-in-Bay. His idea was to turn the 7,000 square foot forecastle into a four-story summer home for him and his family.

In 1992, Sullivan petitioned The Put-in-Bay Township Zoning Board for the retired freighter to be converted into a bed and breakfast on the island. After a lengthy legal battle, it was determined that this vast houseboat could not be used for this purpose.

Soon after, in September of 1999, Frank J. Sullivan decided to sell the shiphouse, which was auctioned off to the current owners, Jerry, and Bryan Kasper.

This unique home is now a magnificent getaway with the most breathtaking and scenic views of Lake Erie.

The massive 7,000 square foot vacation home is fully equipped with five bedrooms, five full baths, a full kitchen, dining room, family room, a garage, a pilothouse, and more. The original walnut-paneled staterooms keep the authentic ship feel throughout the lake house that makes you feel as though you’re on a luxurious maiden voyage across the Great Lakes.

The shiphouse is a great attraction for a family road trip to put-in-bay. It is reachable by a golf cart rental and has some of the most breathtaking views on the island. The shiphouse was featured on multiple tv shows such as MTV Extreme Cribs, Home & Garden TV’s Extreme Homes, The Travel Channel, The British Daily Mirror, and more.

Just a short drive from Cleveland and Toledo, The Benson Ford shiphouse is now known on the island as one of the most interesting houses on Put-in-Bay.

Subscribe to our newsletter for Ship On The Bay